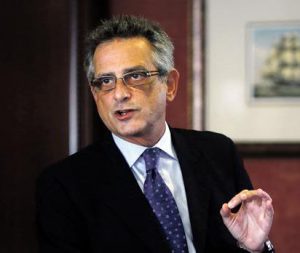 LEN Bureau Member since 2016, Liaison for Open Water Swimming, was member of the Audit Committee between 2012 and 2016.

President of the Aquatic Sport Association of Malta since 2010.

Malta Sports Council, Board of Directors member between 2008-2014.

Graduated as an economist, was Deputy President then President of the Federation of Industries in Malta between 1997 and 2001.