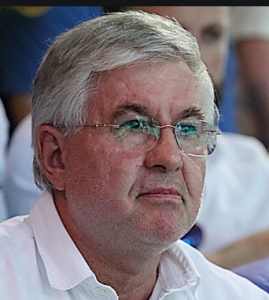 Led successful bid for 2022 European Water Polo Championships to be held in Split.

Board member, then President of water polo club Primorje Rijeka.

Studied and worked in the maritime, then became a businessman and led a logistics company.